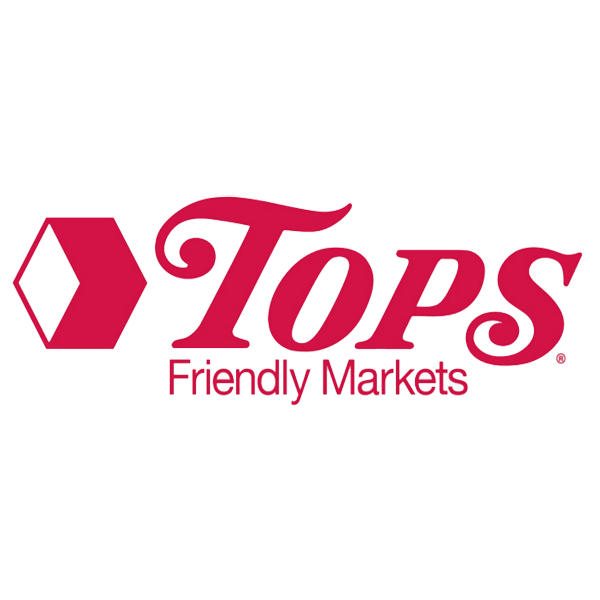 At Tops Friendly Markets we have always been at the core of the communities we serve. Since our founding in Niagara Falls, NY in 1962, you will find our neighborhood stores not only engrained in the suburban landscape, but immersed in cities and small rural towns across New York, Pennsylvania, and Vermont. Tops Markets operates 150 full-service supermarkets including five operated by franchisees under the Tops banner, along with 59 fuel stations. We are headquartered in Williamsville, NY, and operate two distribution facilities in Lancaster and West Seneca, NY.

The story of Tops began in the early 1920s when Ferrante Castellani moved from a village outside of Rome, Italy to Niagara Falls, NY, where he opened his very first grocery store. Ferrante’s sons, Armand and Alfred, eventually took over the business and opened two more stores under the name Great Bear Market.

In the 1950s, Armand met Thomas Buscaglia, owner of T.A. Buscaglia Equipment Company. He asked Armand to partner with him and Armand agreed to join Thomas in a joint venture, Niagara Frontier Services. At that time, Savino Nanula was also a key member of their team.

Armand had great passion for food, people and his community. He was also a visionary, experimenting with ideas that were quite advanced for that time. Excited by the growth of modern day “supermarkets”, Castellani and Buscaglia partnered with a group of independent Bells store owners, including Alfonse and Leonard DiMino, among others who joined them as key partners in their early and expanding retail grocery enterprise.

In 1962, the group opened its first true modern supermarket, a 25,000 square-foot store on Portage Road in Niagara Falls, NY. That same year, Alfonse DiMino suggested the name Tops and the team chose that name because they were determined to give customers the best shopping experience possible. In the lingo of the 60s, that meant it was ‘tops’.

The 1970s saw Tops, under the leadership of Armand Castellani and Savino Nanula, continue to grow in Western New York and thrive where competitors struggled. By the mid-70s, the company had expanded into the Rochester area. Store growth continued throughout the next decade and during this time, Tops opened its first Pennsylvania location in Bradford, PA.

1991 was a pivotal year when Tops was acquired by Ahold, a major international food retail conglomerate based in the Netherlands. In 2001, Tops formed an alliance with Giant Food stores, a fellow Ahold company, based in Carlisle, PA. That structure remained in place until 2007 when Ahold announced that they would sell Tops Markets to Morgan Stanley Private Equity. In the fall of 2007, then president and CEO Frank Curci, led the deal that returned Tops Markets back to local operation. In 2010, Tops acquired The Penn Traffic Company, a deal which resulted in bringing 64 new stores into its family. In July 2012, Tops announced its purchase of 21 Grand Union Family Markets stores.

In November 2013, six members of Tops’ executive team, led by Chairman and CEO Frank Curci, purchased the company from Morgan Stanley Private Equity, returning it back to complete local ownership.

In February 8, 2021 Tops Markets and Price Chopper/Market 32 announced that they entered into a definitive merger agreement that creates a powerful alliance between the two storied independent supermarket chains, as it nearly doubles their collective Northeastern footprint. This transaction unites two iconic New York based supermarket chains with deep ties to their local communities and shared commitments to service, savings and convenience. With increased scale across their almost perfectly contiguous footprints, the merged companies are expected to be better positioned to compete and offer even more value and outstanding services to their customers across the Northeast. Click here to learn more about the transaction.